Another book that has been on my list for awhile, but it took me awhile to get to it is Ashley Bell by Dean Koontz.   Here is the description:   From #1 bestselling author

Another book that has been on my list for awhile, but it took me awhile to get to it is Ashley Bell by Dean Koontz. 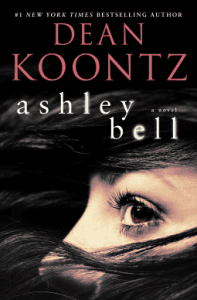 Here is the description:

From #1 bestselling author Dean Koontz—the must-read thriller of the year, for readers of dark psychological suspense and modern classics of mystery and adventure. 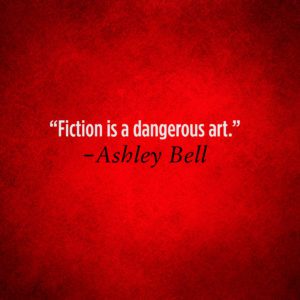 The girl who said no to death.

Bibi Blair is a fierce, funny, dauntless young woman—whose doctor says she has one year to live.

An enigmatic woman convinces Bibi that she escaped death so that she can save someone else. Someone named Ashley Bell.

But save her from what, from whom? And who is Ashley Bell? Where is she?

Bibi’s obsession with finding Ashley sends her on the run from threats both mystical and worldly, including a rich and charismatic cult leader with terrifying ambitions.

Here is an eloquent, riveting, brilliantly paced story with an exhilarating heroine and a twisting, ingenious plot filled with staggering surprises. Ashley Bell is a new milestone in literary suspense from the long-acclaimed master. 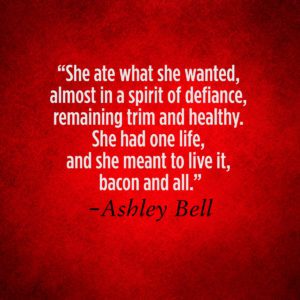 This was definitely a great read that took a turn I wasn’t expecting at all! I always love when writers write about writers and Bibi is a writer in this story.. I love the descriptions of Bibi as a young girl. The character draw you in and leaves you hoping for possibly more stories involving her, though the story doesn’t necessarily leave room for a sequel. Unfortunately, I can’t explain too much of the story, because I would give away that surprising plot twist that happens later in the book. 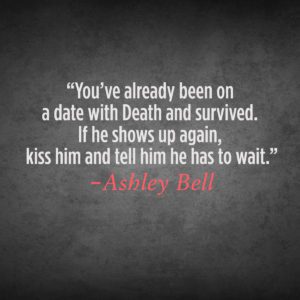 Of course you can expect thrills and a little bit of the mystical from Koontz, but as I stated, there is no way you will predict what is going to happen in this one! All the characters are great and the surf-lingo was fun to read as well, even though I know nothing about surfing.

This is definitely a page-turner, and you might find yourself turning the pages back to make sure you fully grasped what just happened. 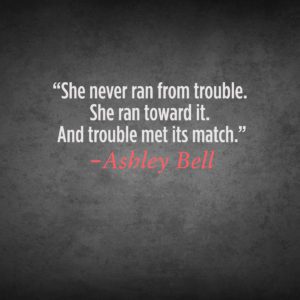