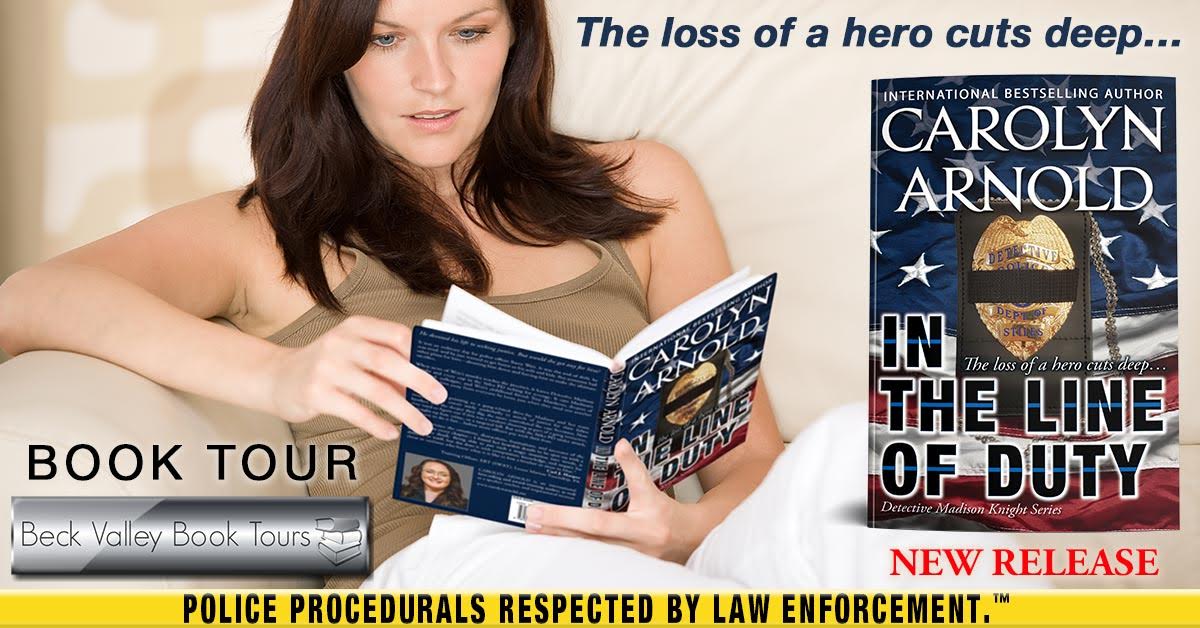 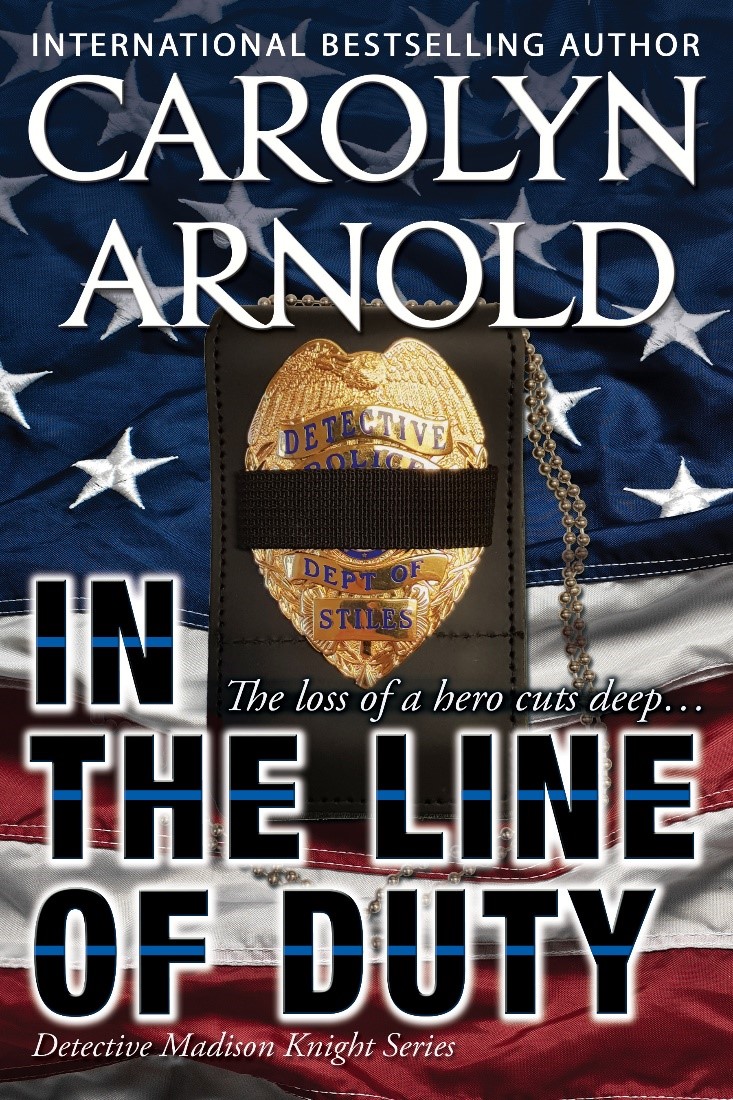 He devoted his life to seeking justice. But would she get any for him?

It was an ordinary day for police officer Barry Weir. It was the end of shift, he was tired, and he just wanted to get home to his wife and kids. But someone had other plans for him, shooting him down and forcing him to make the ultimate sacrifice.

When news of Weir’s murder reaches the department, it leaves Detective Madison Knight and every cop in the Stiles PD itching for revenge. It cuts Madison’s boyfriend, colleague, and Weir’s childhood friend, Troy Matthews, deepest of all, driving him away from everyone he loves just when they need one another the most.

With evidence pointing to a gang-related drive-by, Madison and her team investigate the town’s seedy underbelly in search of justice for their fallen brother. But the deeper they dig, the more convoluted the case becomes. Now they need to figure out if this was a random shooting as part of a gang initiation, a straight-up hate crime, or a targeted kill. But with members of the Stiles PD under attack, they have to do it fast…before more officers pay with their lives. 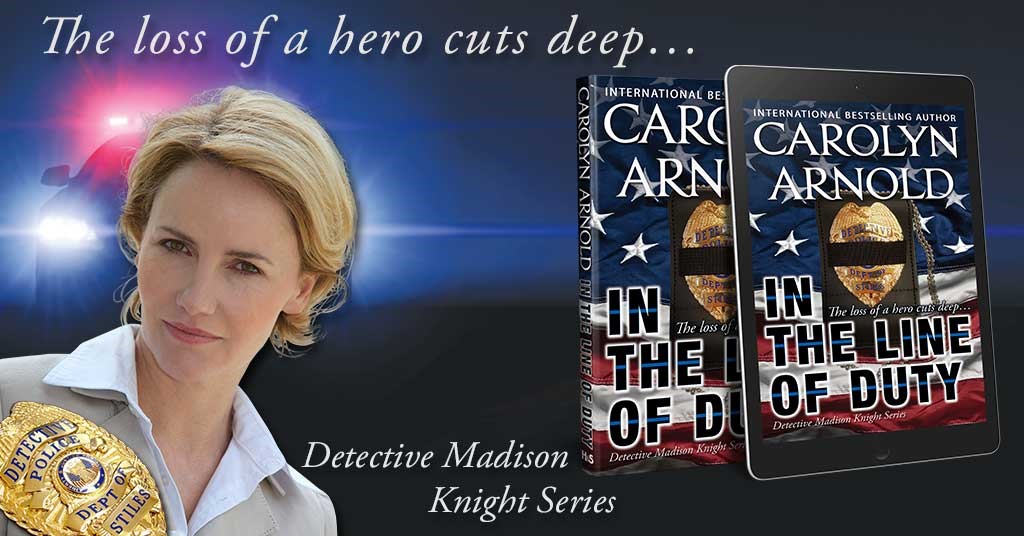 ABOUT THE DETECTIVE MADISON KNIGHT SERIES

Murder. Investigation. The pursuit of justice. Do you love trying to figure out whodunit? How about investigating alongside police detectives from the crime scene to the forensics lab and everywhere in between? Do you love a strong female lead? Then I invite you to meet Detective Madison Knight as she solves murders with her male partner, utilizing good old-fashioned investigative work aided by modern technology.

Read in any order or follow the series from the beginning: Ties That Bind, Justified, Sacrifice, Found Innocent, Just Cause, Deadly Impulse, In the Line of Duty, Life Sentence (Bonus Prequel).

Read in any order or follow the series from the beginning: Ties That Bind, Justified, Sacrifice, Found Innocent, Just Cause, Deadly Impulse, In the Line of Duty, Life Sentence (Bonus Prequel).

Read the first e-book for FREE

CAROLYN ARNOLD is an international best-selling and award-winning author, as well as a speaker, teacher, and inspirational mentor. She has four continuing fiction series—Detective Madison Knight, Brandon Fisher FBI, McKinley Mysteries, and Matthew Connor Adventures—and has written nearly thirty books. Her genre diversity offers her readers everything from cozy to hard-boiled mysteries, and thrillers to action adventures.

Both her female detective and FBI profiler series have been praised by those in law enforcement as being accurate and entertaining, leading her to adopt the trademark: POLICE PROCEDURALS RESPECTED BY LAW ENFORCEMENT™.

Carolyn was born in a small town and enjoys spending time outdoors, but she also loves the lights of a big city. Grounded by her roots and lifted by her dreams, her overactive imagination insists that she tell her stories. Her intention is to touch the hearts of millions with her books, to entertain, inspire, and empower.

She currently lives just west of Toronto with her husband and beagle and is a member of Crime Writers of Canada.

I absolutely loved this book. I have not read any other books in the series, but I will certainly make an effort to seek them out now! I actually could see it being a movie. I even have an idea of who could play some of the characters, but I will keep that to myself for now. I thought it was great that the author makes such an effort to do her research on police procedures. I also love that I was kept guessing as to who might have done it, and I was surprised when the full story was laid out. Definitely not who I was expecting! These days, there are too many stories focusing on the police in a negative light, and I was glad to read this book that has the utmost respect for law enforcement. Carolyn Arnold is now on my list of authors to read more work from. And Madison is a great character that I will be following from now on!

NOW FOR THE AUTHOR’S GIVEAWAY !! 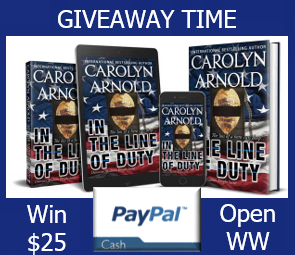