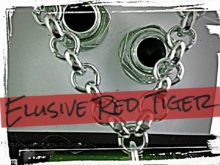 NEW RELEASE….The hunt is on…but who’s the one being pursued?

A serial killer is terrorizing San Antonio, and the method of murder is beyond macabre. As Ivy Nash is pulled into the case by her police detective friend, Stan, there appears to be one intersecting point between the victims—Ivy herself.

Meanwhile, Ivy and her new organization, ECHO, take on a case for a run-away teen whose parents have disappeared. Was it self-imposed, or is something more nefarious going on?

Moving at a break-neck pace, the parallel trails to stop the killer and to find the missing parents seem both murky and crystal clear. But just as Ivy believes the end is near, past transgressions are slammed in her face—and nothing will be the same.

A man wants retribution. And he’ll even saw off his own leg if it means Ivy will suffer.

“Mefford wrote her character with depth and you can feel her passion for her job throughout the entire book.” — Shelly Maynard, Lynchburg Mama

Books in the Alex Troutt Thriller Series:
AT Bay AT Large
AT Once
AT Dawn
AT Dusk
AT Last

Books in the Ivy Nash Thriller Series:
IN Defiance
IN Pursuit

Coming soon…
IN Doubt
Break IN
IN Control
IN The End

A veteran of the corporate wars, former journalist, and true studier of human and social behavior, best-selling author John W. Mefford has been writing novels since he first entered the work force twenty-five years ago, although he never put words on paper until late 2009.

John writes novels full of intrigue, suspense, and thrills, but they also evoke an emotional connection with the characters.

When he’s not writing, he chases three kids around, slaves away in the yard, reads, takes in as many sports as time allows, watches all sorts of movies, and continues to make mental notes of people and societies across the land.

John lives in Frisco, Texas with his beautiful wife, three opinionated kids, and a feisty fat cat who rules the world.

If you will remember, I read and reviewed the previous book in this series, In Defiance, and I am most definitely planning on reading the next one as well. As I have stated, I love the writing style of this author and I love the character of Ivy Nash. The descriptions of the deaths in the books are detailed without being completely gruesome. Of course, the manner in which they die IS gruesome, but the author is able to describe it in a way that didn’t make me want to throw the book down. And the suspense is real, you really have no idea what’s coming when you find out who the bad guy is. Some books give away too much too early, but Mefford does not. And again, I am still waiting for these stories to turn into a movie or TV show, because the writing definitely lends itself to that! Looking forward to the next chapter in the Ivy Nash story!